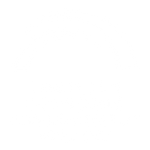 PerryUndem, a nonpartisan research firm, commissioned a statewide survey to gain a deeper understanding of how Georgia residents feel about their state, challenges in their communities and on a personal level, and policy priorities. Conducted May–June 2022, the poll reveals widespread challenges and concerns among Georgians and their support for state policy actions that would expand opportunities:

1. Georgia residents are worried about the economy and their ability to meet basic needs. 8 in 10 (84%) say they have been worrying about the economy during the last six months, and 69% feel the state’s economy has left too many people behind. Half (49%) say finding good-paying jobs in their community is difficult. 3 in 10 (31%) say they are doing worse financially than they were a year ago (18% say they are doing better). Another 3 in 10 (30%) say they are struggling to buy food, and one-quarter (24%) say they are having difficulty paying their utilities. Nearly 7 in 10 (69%) say they have been worrying about transportation costs these last six months.

3. Affordable healthcare is nearly universal as a shared priority, but Georgians see barriers. Almost all Georgia residents (94%) say health insurance is important, but they see a lot of barriers to it. 7 in 10 (70%) say health insurance is not affordable if you lose a job and need to buy it on your own. A similar amount (73%) agree there are a lot of jobs in Georgia that do not come with health insurance. Nearly 9 in 10 (89%) agree that “all Georgia residents should have access to quality, affordable healthcare services to support their physical and mental well-being and financial security.” And 90% say having more options for affordable health coverage can result in a healthier, more productive workforce in the state.

4. Debt is causing challenges for many in the state. 3 in 4 (75%) say they are carrying some kind of debt right now – medical debt, student loans, credit card, or debt from a mortgage – with 3 in 10 Georgia households (30%) carrying medical debt. Half of those with debt (51%) say it negatively affects their life. For example, 33% say debt impacted their credit score, 21% say it made it difficult to buy a car, 16% say their debt caused them to put off changing jobs, and 14% say their debt impacted their ability to rent a home.

7. They believe collective action can solve the state’s problems but feel they do not have a voice. On the one hand, three-quarters (74%) agree they can solve problems if they work together with their neighbors and community members. But when it comes to their own sense of personal agency, more than 4 in 10 do not feel any. Specifically, 46% say they don’t feel like they have a voice in what happens in Georgia.

8. They agree on many policy directions for the state. These ideas, except for canceling student loan debt, have majority bipartisan support:

This poll was a 15-minute statewide survey of adults 18 and older living in Georgia. The survey was conducted online with YouGov. In all, 700 adults participated, including 258 Black adults and 100 Hispanic/Latino adults. The margin of sampling error for total results is +4.72 percentage points.